There are so many incredible new middle grade books out this fall. Here are 10 that are high on my TBR list.

Get the library holds and bookstore orders ready for you and the kids in your life!

1. Some Places More Than Others

“From Newbery Honor- and Coretta Scott King Author Award-winning, New York Times bestselling author Renée Watson comes a heartwarming and inspiring middle-grade novel about finding deep roots and exploring the past, the present, and the places that make us who we are.

All Amara wants for her birthday is to visit her father’s family in New York City–Harlem, to be exact. She can’t wait to finally meet her Grandpa Earl and cousins in person, and to stay in the brownstone where her father grew up. Maybe this will help her understand her family–and herself–in new way.

But New York City is not exactly what Amara thought it would be. It’s crowded, with confusing subways, suffocating sidewalks, and her father is too busy with work to spend time with her and too angry to spend time with Grandpa Earl. As she explores, asks questions, and learns more and more about Harlem and about her father and his family history, she realizes how, in some ways more than others, she connects with him, her home, and her family.”

2. The World Ends in April

“Is middle school drama scarier than an asteroid heading for Earth? Find out in this smart and funny novel by the author of The Miscalculations of Lightning Girl.

Every day in middle school can feel like the end of the world.

Eleanor Dross knows a thing or two about the end of the world, thanks to a survivalist grandfather who stockpiles freeze-dried food and supplies–just in case. So when she reads about a Harvard scientist’s prediction that an asteroid will strike Earth in April, Eleanor knows her family will be prepared. Her classmates? They’re on their own!

Eleanor has just one friend she wants to keep safe: Mack. They’ve been best friends since kindergarten, even though he’s more of a smiley emoji and she’s more of an eye-roll emoji. They’ll survive the end of the world together . . . if Mack doesn’t go away to a special school for the blind.

But it’s hard to keep quiet about a life-destroying asteroid–especially at a crowded lunch table–and soon Eleanor is the president of the (secret) End of the World Club. It turns out that prepping for TEOTWAWKI (the End of the World as We Know It) is actually kind of fun. But you can’t really prepare for everything life drops on you. And one way or another, Eleanor’s world is about to change.”

“Free Lunch is the story of Rex Ogle’s first semester in sixth grade. Rex and his baby brother often went hungry, wore secondhand clothes, and were short of school supplies, and Rex was on his school’s free lunch program. Grounded in the immediacy of physical hunger and the humiliation of having to announce it every day in the school lunch line, Rex’s is a compelling story of a more profound hunger―that of a child for his parents’ love and care. Compulsively readable, beautifully crafted, and authentically told with the voice and point of view of a 6th-grade kid, Free Lunch is a remarkable debut by a gifted storyteller.”

Raina wakes up one night with a terrible upset stomach. Her mom has one, too, so it’s probably just a bug. Raina eventually returns to school, where she’s dealing with the usual highs and lows: friends, not-friends, and classmates who think the school year is just one long gross-out session. It soon becomes clear that Raina’s tummy trouble isn’t going away… and it coincides with her worries about food, school, and changing friendships. What’s going on?

Raina Telgemeier once again brings us a thoughtful, charming, and funny true story about growing up and gathering the courage to face — and conquer — her fears.” 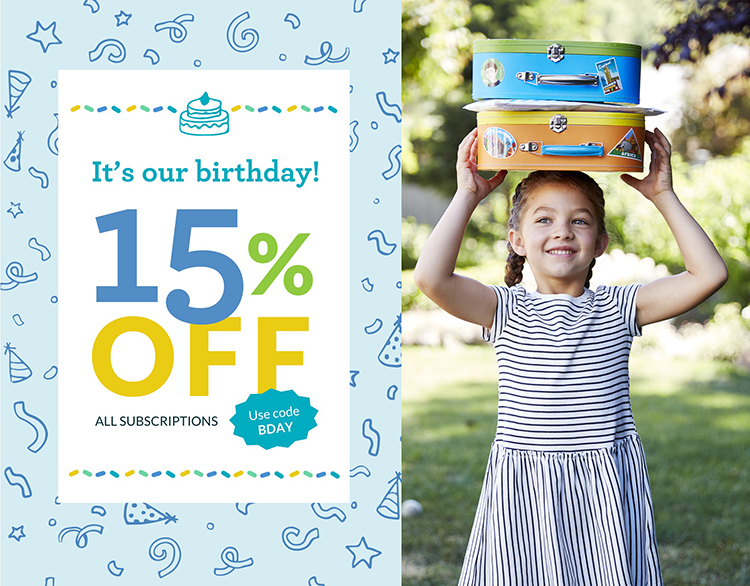 Moon is everything Christine isn’t. She’s confident, impulsive, artistic . . . and though they both grew up in the same Chinese-American suburb, Moon is somehow unlike anyone Christine has ever known.

But after Moon moves in next door, these unlikely friends are soon best friends, sharing their favorite music videos and painting their toenails when Christine’s strict parents aren’t around. Moon even tells Christine her deepest secret: that she has visions, sometimes, of celestial beings who speak to her from the stars. Who reassure her that earth isn’t where she really belongs.

Moon’s visions have an all-too-earthly root, however, and soon Christine’s best friend is in the hospital, fighting for her life. Can Christine be the friend Moon needs, now, when the sky is falling?

Jen Wang draws on her childhood to paint a deeply personal yet wholly relatable friendship story that’s at turns joyful, heart-wrenching, and full of hope.”

6. The Vanderbeekers To The Rescue

“NYT Bestselling series! Harlem’s favorite family returns in the third installment in the Vanderbeerkers series, wherein the Vanderbeeker kids find themselves racing to save their mother’s baking business from city closure. Illustrated with delightful black and white illustrations.

For the Vanderbeeker kids of Harlem’s 141st Street, spring break couldn’t be off to a better start. Isa’s back from band camp, Oliver’s building his first-ever treehouse in the backyard of the brownstone, and Laney, Jess, and Hyacinth are excited to help their mother when she gets the once-in-a-lifetime chance to star in a cooking magazine.

But the Vanderbeekers’ plans go off the rails when an unexpected visit from city officials puts their mother’s bakery in jeopardy. Now they’ll have to band together to save the day before they’re out of business. Perfect for fans of The Penderwicks and Front Desk.”

*You can listen to Karina Yan Glaser discuss The Vandkerbeekers series and her writing life on A Bookish Home Podcast Episode 6.

Beverly put her foot down on the gas. They went faster still.
This was what Beverly wanted — what she always wanted. To get away. To get away as fast as she could. To stay away.

Beverly Tapinski has run away from home plenty of times, but that was when she was just a kid. By now, she figures, it’s not running away. It’s leaving. Determined to make it on her own, Beverly finds a job and a place to live and tries to forget about her dog, Buddy, now buried underneath the orange trees back home; her friend Raymie, whom she left without a word; and her mom, Rhonda, who has never cared about anyone but herself. Beverly doesn’t want to depend on anyone, and she definitely doesn’t want anyone to depend on her. But despite her best efforts, she can’t help forming connections with the people around her — and gradually, she learns to see herself through their eyes. In a touching, funny, and fearless conclusion to her sequence of novels about the beloved Three Rancheros, #1 New York Times best-selling author Kate DiCamillo tells the story of a character who will break your heart and put it back together again.”

“Inspired by her blockbuster phenomenon Wonder, R. J. Palacio makes her graphic novel debut with an unforgettable story of the power of kindness and unrelenting courage in a time of war.

In R. J. Palacio’s bestselling collection of stories Auggie & Me, which expands on characters in Wonder, readers were introduced to Julian’s grandmother, Grandmère. Here, Palacio makes her graphic novel debut with Grandmère’s heartrending story: how she, a young Jewish girl, was hidden by a family in a Nazi-occupied French village during World War II; how the boy she and her classmates once shunned became her savior and best friend.

Sara’s harrowing experience movingly demonstrates the power of kindness to change hearts, build bridges, and even save lives. As Grandmère tells Julian, “It always takes courage to be kind, but in those days, such kindness could cost you everything.” With poignant symbolism and gorgeous artwork that brings Sara’s story out of the past and cements it firmly in this moment in history, White Bird is sure to captivate anyone who was moved by the book Wonder or the blockbuster movie adaptation and its message.” 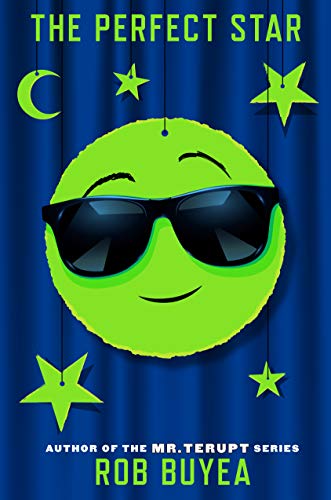 “Return to Lake View Middle School in the third book of the PERFECT SCORE series from the beloved author of Because of Mr. Terupt.

Eighth grade promises to be an unforgettable year of tears, laughter, surprises, and star power.

GAVIN’s days of football glory have arrived, but an accident on the home front upends his family. Ever enterprising, NATALIE anchors a morning news broadcast at school–where she’s unafraid to tackle big issues. Being on the outs with his best friend sucks, but the more TREVOR tries to patch things up, the worse things get. Sidelined with a gymnastics injury, RANDI develops a bad attitude and worries that her mom’s new boyfriend means changes she won’t like. SCOTT discovers hidden talents . . . and becomes a secret weapon on and off the football field.

It’s the final year of middle school–a time to play hard, smart, and together!”

You can listen to Rob Buyea discuss The Perfect Score series and his journey as a writer on A Bookish Home Episode 28.

10. Tristan Strong Punches A Hole in the Sky

“Best-selling author Rick Riordan presents Kwame Mbalia’s epic fantasy, a middle grade American Godsset in a richly-imagined world populated with African American folk heroes and West African gods.
Seventh grader Tristan Strong feels anything but strong ever since he failed to save his best friend when they were in a bus accident together. All he has left of Eddie is the journal his friend wrote stories in. Tristan is dreading the month he’s going to spend on his grandparents’ farm in Alabama, where he’s being sent to heal from the tragedy. But on his first night there, a sticky creature shows up in his bedroom and steals Eddie’s notebook. Tristan chases after it–is that a doll?–and a tug-of-war ensues between them underneath a Bottle Tree. In a last attempt to wrestle the journal out of the creature’s hands, Tristan punches the tree, accidentally ripping open a chasm into the MidPass, a volatile place with a burning sea, haunted bone ships, and iron monsters that are hunting the inhabitants of this world. Tristan finds himself in the middle of a battle that has left black American folk heroes John Henry and Brer Rabbit exhausted. In order to get back home, Tristan and these new allies will need to entice the god Anansi, the Weaver, to come out of hiding and seal the hole in the sky. But bartering with the trickster Anansi always comes at a price. Can Tristan save this world before he loses more of the things he loves?”

What new books are topping your TBR list this fall? I’d love to hear your recommendations. Leave a note in the comments or let me know on Twitter or Instagram @ABookishHome.

If you’re enjoying the blog, be sure to tell a friend and subscribe to make sure you’ll never miss a new post.

Affiliate links are used in this post. At no extra cost to you, we may receive a small commission if you purchase something through the links provided. Thanks for supporting A Bookish Home!