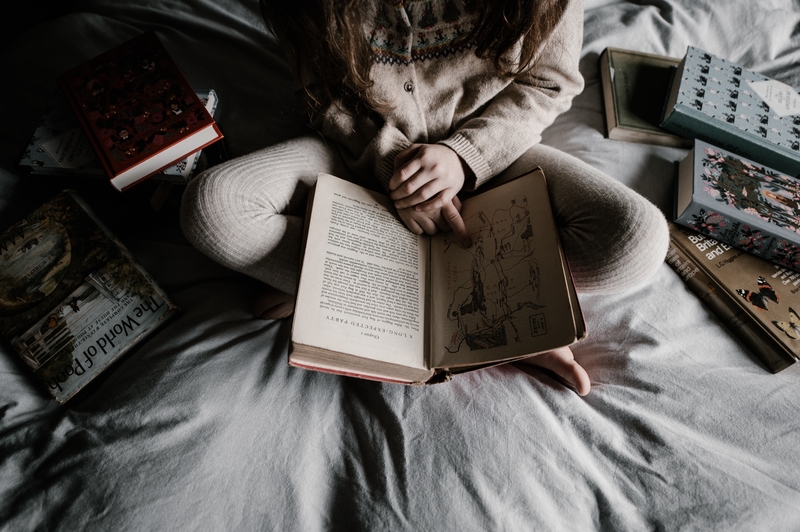 Have you checked out your state’s book awards for children? These lists can be a great way to find new titles for your children and students to enjoy.

You can find a link to your state’s book award program here.

I am a huge fan of the Massachusetts Children’s Book Award program. Each year in my school library, I would promote MCBA books to students with book trailers and much bookish enthusiasm. If they read five books out of the 25 nominated titles by March, they would be eligible to vote for the winner along with 4th, 5th, and 6th graders all over the state. We approached it like one big book club with a lot of choice and it was so much fun discussing the books with one another and discovering great new reads. 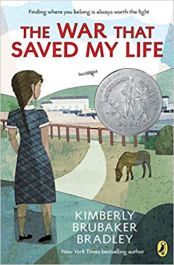 Last year’s winner was one of my all time favorite middle grade novels, The War That Saved My Life by Kimberly Brubaker Bradley. There was so much book joy watching my students fall in love with this story and root for Ada.

Kids were hooked as soon as they watched this trailer from author Kimberly Brubaker Bradley, where she shares her inspiration for this captivating historical fiction title:

The War That Saved My Life on Indiebound     Amazon     Amazon Kindle

This year’s list of MCBA nominees has blown me way. There are so many titles that I adore that I think kids will not be able to put down.

Here are a few of my favorite MCBA 2019 nominees:

The Inquisitor’s Tale by Adam Gidwitz

This Newbery Honor title sweeps you up in an epic story that you won’t want to put down:

“1242. On a dark night, travelers from across France cross paths at an inn and begin to tell stories of three children. Their adventures take them on a chase through France: they are taken captive by knights, sit alongside a king, and save the land from a farting dragon. On the run to escape prejudice and persecution and save precious and holy texts from being burned, their quest drives them forward to a final showdown at Mont Saint-Michel, where all will come to question if these children can perform the miracles of saints.” 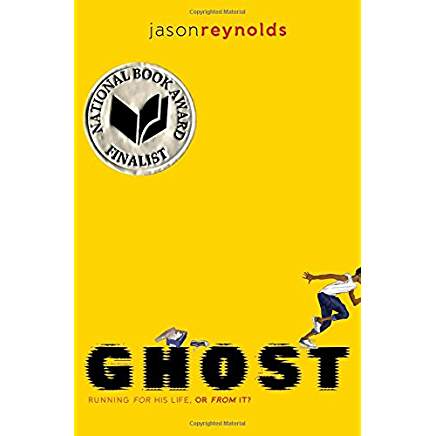 This National Book Award Winner is also part of PBS’ The Great American Read. The audiobook version had me alternately laughing out loud and tearing up. You can read more in my earlier post: Five Audiobooks That Made Me Enjoy Sitting in Traffic and Doing the Dishes

“Running. That’s all that Ghost (real name Castle Cranshaw) has ever known. But never for a track team. Nope, his game has always been ball. But when Ghost impulsively challenges an elite sprinter to a race — and wins — the Olympic medalist track coach sees he has something: crazy natural talent. Thing is, Ghost has something else: a lot of anger, and a past that he is trying to outrun. Can Ghost harness his raw talent for speed and meld with the team, or will his past finally catch up to him?”

Listen to an author reading:

It Ain’t So Awful, Falafel by Firoozeh Dumas 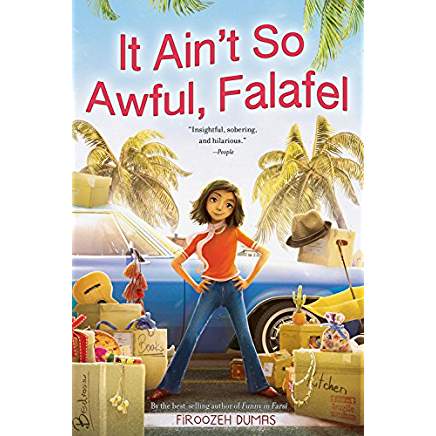 Based on author Firoozeh Dumas’ own experiences, It Ain’t So Awful, Falafel is funny, compelling and sure to stay with you. You can read more about this book in my post Middle Grade Reads I Can’t Wait to Recommend.

“Zomorod (Cindy) Yousefzadeh is the new kid on the block . . . for the fourth time. California’s Newport Beach is her family’s latest perch, and she’s determined to shuck her brainy loner persona and start afresh with a new Brady Bunch name—Cindy. It’s the late 1970s, and fitting in becomes more difficult as Iran makes U.S. headlines with protests, revolution, and finally the taking of American hostages. Even puka shell necklaces, pool parties, and flying fish can’t distract Cindy from the anti-Iran sentiments that creep way too close to home.” 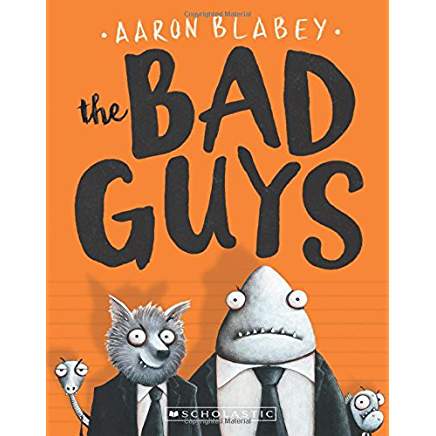 This funny series is one we could not keep on the shelves last year:

“They sound like bad guys, they look like bad guys . . . and they even smell like bad guys. But Mr. Wolf, Mr. Piranha, Mr. Snake, and Mr. Shark are about to change all of that…Mr. Wolf has a daring plan for the Bad Guys’ first good mission. They are going to break two hundred dogs out of the Maximum Security City Dog Pound. Will Operation Dog Pound go smoothly? Will the Bad Guys become the Good Guys? And will Mr. Snake please stop swallowing Mr. Piranha?!” 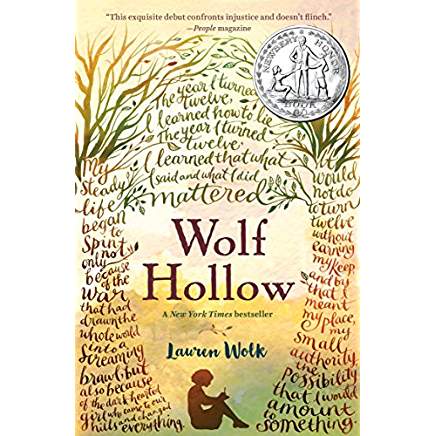 This beautiful historical fiction book and Newbery Honor winner weaves together themes of kindness and courage.

“Growing up in the shadows cast by two world wars, Annabelle has lived a mostly quiet, steady life in her small Pennsylvania town. Until the day new student Betty Glengarry walks into her class. Betty quickly reveals herself to be cruel and manipulative, and while her bullying seems isolated at first, things quickly escalate, and reclusive World War I veteran Toby becomes a target of her attacks. While others have always seen Toby’s strangeness, Annabelle knows only kindness. She will soon need to find the courage to stand as a lone voice of justice as tensions mount.” 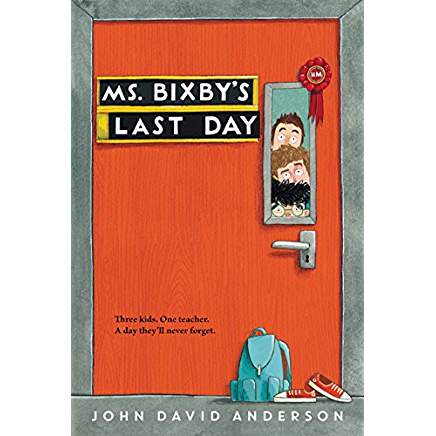 Fans of Wonder, Absolutely Almost, and Because of Mr. Terupt will love Ms. Bixby’s Last Day.

“Everyone knows there are different kinds of teachers. The boring ones, the mean ones, the ones who try too hard, the ones who stopped trying long ago. The ones you’ll never remember, and the ones you want to forget. Ms. Bixby is none of these. She’s the sort of teacher who makes you feel like school is somehow worthwhile. Who recognizes something in you that sometimes you don’t even see in yourself. Who you never want to disappoint. What Ms. Bixby is, is one-of-a-kind. Topher, Brand, and Steve know this better than anyone. And so when Ms. Bixby unexpectedly announces that she won’t be able to finish the school year, they come up with a risky plan, more of a quest, really, to give Ms. Bixby the last day she deserves. Through the three very different stories they tell, we begin to understand what Ms. Bixby means to each of them—and what the three of them mean to each other.”

Listen to an audiobook excerpt: 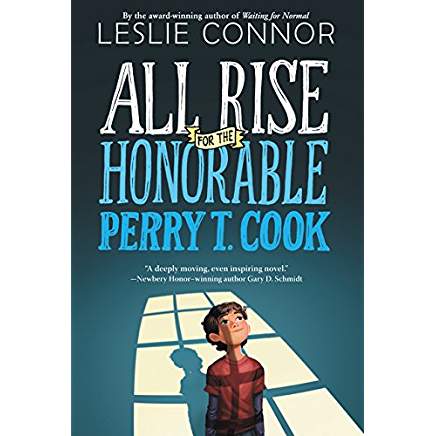 Putting yourself in another person’s shoes is so important for adults and kids alike. This novel accomplishes this in a way that is thought-provoking and full of heart.

“From comes Eleven-year-old Perry was born and raised by his mom at the Blue River Co-ed Correctional Facility in tiny Surprise, Nebraska. His mom is a resident on Cell Block C, and so far Warden Daugherty has made it possible for them to be together. That is, until a new district attorney discovers the truth—and Perry is removed from the facility and forced into a foster home. When Perry moves to the “outside” world, he feels trapped. Desperate to be reunited with his mom, Perry goes on a quest for answers about her past crime. As he gets closer to the truth, he will discover that love makes people resilient no matter where they come from . . . but can he find a way to tell everyone what home truly means?” 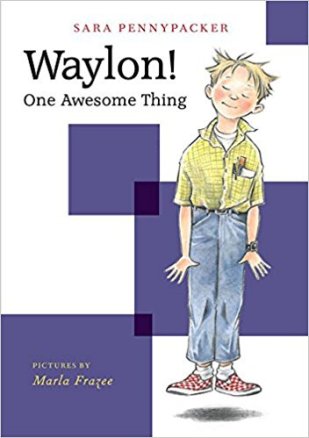 Fans of Sara Pennypacker’s Clementine series will enjoy this spinoff. She is also the author of Pax, Summer of the Gypsy Moths, and many more.

“Waylon has lots of ideas for making life more awesome through science, like teleportation, human gills, and attracting cupcakes by controlling gravity. But it’s impossible for him to concentrate on his inventions when he’s experiencing his own personal Big Bang. Arlo Brody is dividing the fourth grade boys into two groups. Waylon would rather be friends with everyone. Well, everyone except the scary new kid, Baxter Boylen.Waylon’s older sister, Neon, is shooting away from the family. He wishes everything would go back to the way it was before she started wearing all black and saying “What’s the point?” all the time. Just when it looks as though Waylon’s universe is exploding, something happens to bring it all together again, and it is, without a doubt, One Awesome Thing.”

These are the 25 books nominated for this year’s Massachusetts Children’s Book Awards. Voting will take place at participating schools and libraries mid-March and the winner will be announced by Salem State in April 2019. You can find more information about the MCBA program here.

Tavares, M. (2015). Growing Up Pedro: How the Martinez Brothers Made It from the Dominican Republic All the Way to the Major Leagues.

Do the kids in your life participate in your state’s book award program? I’d love to hear some of your favorite nominated titles.

Share in the comments or on Twitter @ABookishHome. And you can find a link with details for your state here.