Book award season is here! This is such an exciting time of year. The American Library Association (ALA) Youth Media Awards take place on Monday, February 12th. These are essentially the Oscars for children’s books! Many prestigious book awards will be announced including the Caldecott Medal, Newbery Medal, Coretta Scott King Awards, and more. There is a livestream of the event beginning at 10am EST, which I will definitely be watching! I will also make sure to post a link to the recording of the event. Watching the awards with the little ones in your life can be a great way to build enthusiasm around books and reading.

After the awards are announced, sales of the books skyrocket and authors’ and illustrators’ lives are forever changed. Taking a look at award lists, past and present, is a fantastic way to find your next book to read.

To get in the award season spirit, you and your child could check out some of the past winners from your local library and read them together over the next two weeks. These books are the best of the best!

Each medal in the list below has a link to the American Library Association page, with more information about the medal and access to a full list of the winning books:

The Caldecott Medal is awarded “to the artist of the most distinguished American picture book for children.” The list of amazing Caldecott winners you’ll want to read aloud to your kids is a mile long: This is Not My Hat (2013),  A Sick Day for Amos McGee (2011), Jumanji (1982), Where the Wild Things Are (1964), The Snowy Day (1963), and many more.  You have probably seen the gold medal, or the silver Caldecott Honor medal on many of your favorite picture books.

I do a mock Caldecott with my 3rd graders where they get to vote for the book they think should win the Caldecott. If you’re looking for more books to get in the Caldecott spirit, you could read some of the books they are giving high ratings this year:

While the Caldecott focuses on a book’s illustrations, the Newbery Medal is for the writing and is awarded “to the author of the most distinguished contribution to American literature for children.” There are so many incredible Newbery winners to add to your To Be Read list including Last Stop on Market Street (2016), The One and Only Ivan (2013), The Tale of Despereaux (2004), Bud, Not Buddy (2000), Number the Stars (1990), From the Mixed-Up Files of Mrs. Basil E. Frankweiler (1968) and many more.

The Caldecott and Newbery medals are the ones I get the most excited to see revealed each year. I was lucky enough to attend the ALA Youth Media Awards in 2016 when the ALA Midwinter conference came to Boston:

I waited in line with hundreds of librarians at 6am to get a good spot for the award announcements. Awards are chosen by committee and there are no nominees or information shared ahead of time, so there is extra anticipation. I took videos of the 2016 Caldecott and Newbery announcements. The quality isn’t great, but you can see the exciting atmosphere in the room for yourself:

Here are some of the other very prestigious awards:

The Coretta Scott King Awards are given “to outstanding African American authors and illustrators of books for children and young adults that demonstrate an appreciation of African American culture and universal human values.” Some of the wonderful past winners you could check out are Elijah of Buxton (2008), My People (2010), Heart and Soul (2012), and Firebird (2015).

The Pura Belpré Award is given “to a Latino/Latina writer and illustrator whose work best portrays, affirms, and celebrates the Latino cultural experience in an outstanding work of literature for children and youth.” Some of the past winning titles include Juana and Lucas (2017), Drum Dream Girl (2016), I Lived on Butterfly Hill (2015), and The Dreamer (2011).

The Theodor Seuss Geisel Award is given, “to the author(s) and illustrator(s) of the most distinguished American book for beginning readers published in English in the United States during the preceding year.” Past winners you might want to check out with your beginning reader are We Are Growing! (2017), The Watermelon Seed (2014), Up Tall and High (2013), and Bink and Gollie (2011).

The Robert F. Sibert Medal is given, “to the author(s) and illustrator(s) of the most distinguished informational book published in the United States in English during the preceding year. ” Some past winners for nonfiction fans to checkout include Giant Squid (2017 Honor Book), Funny Bones: Posada and His Day of the Dead Calaveras (2016), Balloons Over Broadway (2012), and We are the Ship (2009).

If you’d like to see more of the past winners so you can add to your To Be Read pile, visit the ALA Youth Media Awards page.

I will be posting a full list of the 2018 ALA Youth Media Award Winners on the blog and remember, you can check out a live stream of the event on Monday February 12th at 10AM EST. I’ll also link to the recording of the award ceremony if you can’t watch it live. Get the popcorn ready for your viewing party! 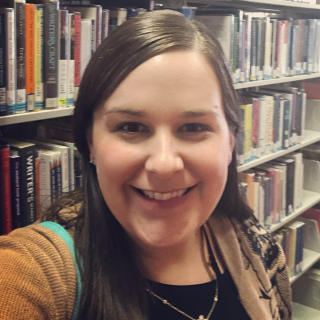 I'm a school librarian, mom, writer and lifelong bookworm striving to create a culture of reading wherever I go.